Twenty Fifteen – the year I lost my voice

2015 was a quiet year for me out in social media land. Gone were the days when geeks with RSS aggregators could be more popular than jocks with media teams. Social media had become mainstream and the noise from the ‘short head’ drowned out the beautiful stories from the ‘long tail’.

As the walled gardens of facebook and twitter grew ever more insular, the value of my online networks dwindled. RSS was no longer the glue that kept many small pieces loosely joined. My interest and activity online began to wane in 2014.

So having lost my voice online out of fear of doing the wrong thing, I decided to find it again in order to do the right thing. And I thought it would be interesting to review my online activity since I started blogging (for the purpose of podcasting) back in 2005.

Here is a table of the number of blog posts, facebook status updates and tweets per year: 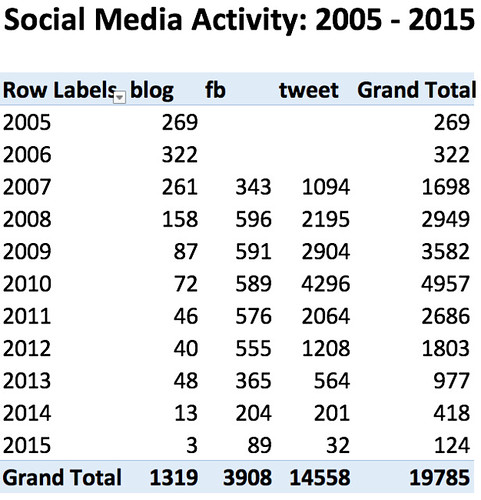 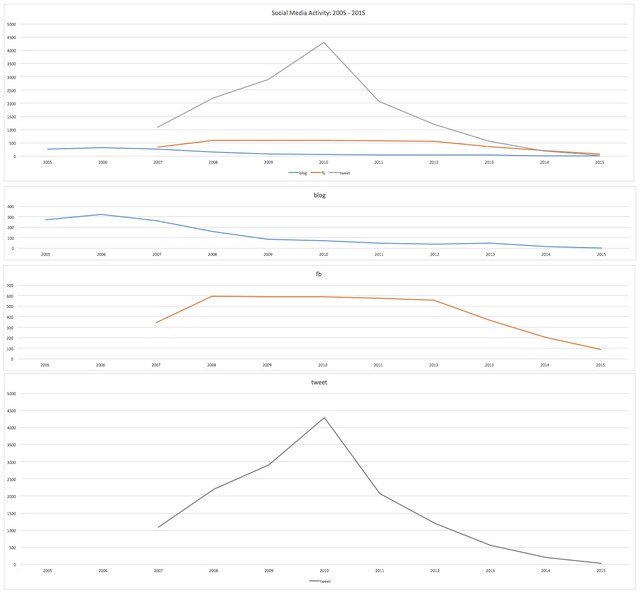 In a little more detail: 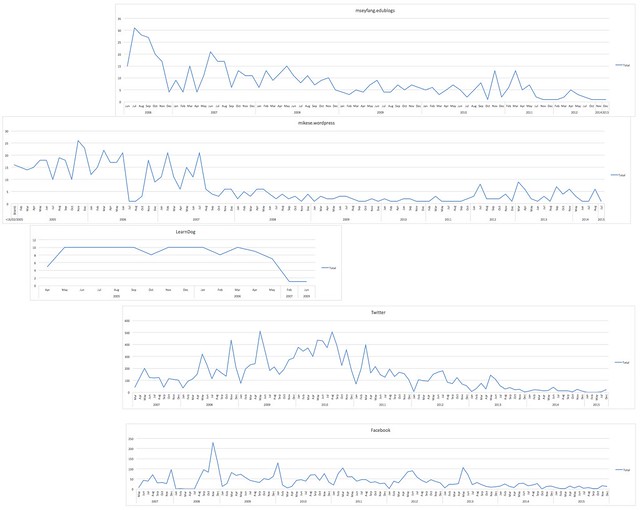 3 Responses to Twenty Fifteen – the year I lost my voice